An Inside Look #154 (Author INTERVIEW)

An Inside Look with Lauren Wolk
(Author of Echo Mountain)
*Welcome to my favorite feature of my blog.
*Season #ONE (June of 2016 to March of 2017)
*Season #TWO (Summer of 2017)
*Season #THREE (School Year 2017/2018)
*Season #FOUR (Summer/fall of 2018)
*Season #FIVE (School Year 2018/2019)
*Season #SIX (Summer 2019)
*Season #SEVEN (Fall 2019)
*Season #EIGHT (Winter/Spring 2020)
*I'm excited to be back for season #NINE with brand new interviews/authors.
*It has been such an honor to connect with authors and "chat" about their novel, characters, and thoughts about the story.
*This is the TWELFTH interview in which I'm calling Season #NINE.
*Thank you to Lauren Wolk for being the One-Hundred Fifty-Fourth author I've had the pleasure of interviewing.  I truly appreciate it.
*Here is my Review of the Novel..
Book Review

Posted by Patrick Andrus at 7:13 PM No comments:

Thanks to Jen and Kellee for hosting this idea on their site.  Here is a link to the site...
http://www.teachmentortexts.com/
Books I Will (continue to) Read this Week...

Migrations by Charlotte McConaghy
*My Novel Published for Adults

The Black Kids by Christina Hammonds Reed
*My Young-Adult Novel

The Wild Path by Sarah R. Baughman
*My Middle-Grade Novel

The Blackbird Girls by Anne Blankman
*My Middle-Grade Novel (Audio)
Books I Read this Past Week...

One Night Gone by Tara Laskowski
*Novel Published for Adults (3 STARS out of 5 Stars)
Posted by Patrick Andrus at 7:13 PM No comments:

One Night Gone by Tara Laskowski

How I Heard About It:
*I am a member of the BBC (Boy's Book Club) which is a group of male teachers that I have the honor of working with.  We have been working together since 2000.  This was our latest selection by a member of our book club.

What It Is About - FIVE Things You Need to Know:
*The novel contains two stories within the pages.
*The first takes place in the past, where Maureen is trying to make a new start in Opal Beach.
*The second takes place in the present, when Allison escapes to the same town to escape her past and try to begin anew.
*Maureen disappeared years earlier, and now Allison finds herself in the middle of the mystery.
*As the story unfolds and develops, Maureen and Allison's stories merge upon each other in a dramatic conclusion.
What I Thought Of It - Five Observations/Reflections:
*I knew nothing of the novel so I was curious to start reading.
*When I first began, I had positive thoughts and reactions to the story.
*The more I read, the less I became interested in the overall plot.
*The mystery was interesting enough, but nothing that different from other mysterious written for adults.
*The reading was easy and I look forward to discussion with my fellow BBC readers.
Who Should Read It:
*If you like a light page-turner with a mystery, then this would be the novel for you.  Nothing earth shattering, but an overall enjoyable experience.  Happy Reading!
Rating:   3 STARS out of 5 Stars
Posted by Patrick Andrus at 3:18 PM No comments: 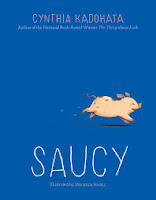 How I Heard About It:
*A book that had been sitting in my TBR pile for quite some time.  In between other novels I was reading, I spent a couple of reading sessions with Saucy and the little pig's adventures.
What It Is About - FIVE Things You Need to Know:
*Becca has an unusual family being the only girl in a set of quadruplets.
*Each brother has his own interest and Becca would like to find her pasion.
*When the family finds a young sick piglet, Becca believes she has found her calling.
*After some pleading, she convinces her parents to let her keep the new "pet".
*As the piglet grows, so do the issues of raising such an animal and the effects it has on the family.
What I Thought Of It - Five Observations/Reflections:
*A sweet story about a young girl trying to place her place within her large family and the larger world.
*It was enjoyable to read about how the family tried to keep the piglet in their family for as long as possible.
*I enjoyed reading about how the siblings and their interactions with each other.
*Overall, not a whole lot happens within the plot, but young readers will enjoy the animal story.
*Saucy will be a little animal that will have a positive impact on readers.
Who Should Read It:
*I think the story could be used with readers in grades two and above.  The story would make for a fun class read aloud.  I know of animal lovers in my classroom that will completely enjoy the story of Becca, Saucy, and their friendship.  Happy Reading!
Rating:   3 STARS out of 5 Stars
Posted by Patrick Andrus at 2:52 PM No comments: 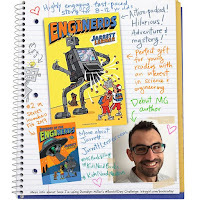 *On Friday, November 13th we had our second "Breakfast with Books" book club.

*This year we are going "live" on Zoom, but moving ahead we are.

*For the bookclub, my readers had the chance to read Enginerds and/or Revenge of the Enginerds.

*On the morning of November 13th, we gathered on Zoom to chat with author Jarrett Lerner.  Each child got to share a comment and/or ask a question.

*We had such fun talking with Jarrett and all things "nerds".

*Much thanks to Jarrett for for not only writing these two amazing stories, but for giving us his time to interact with the young readers. 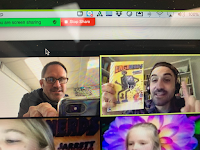 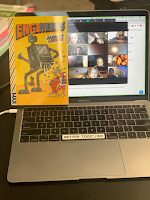 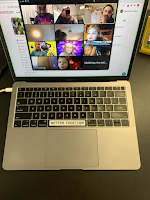 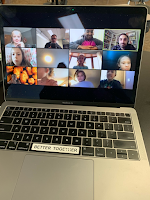 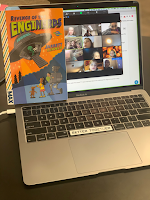 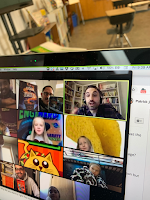 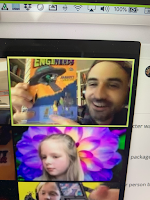 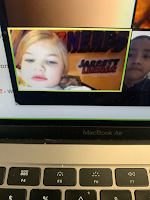 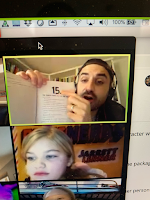 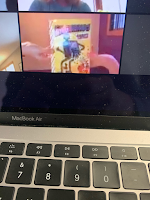 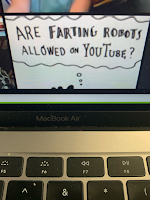 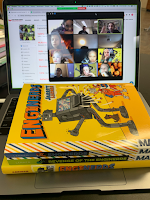 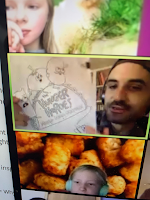 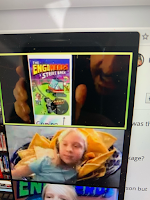 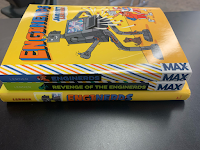 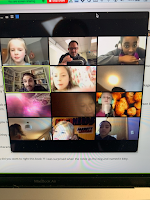 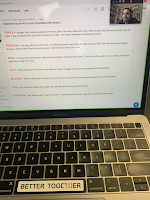 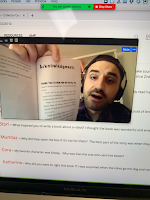 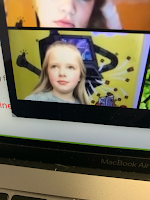 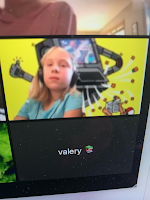 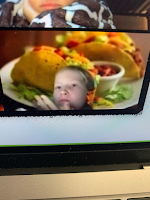 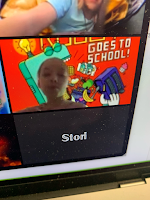 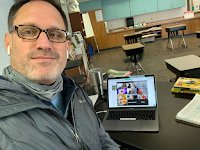 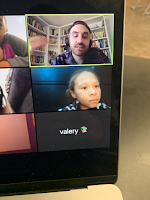 Posted by Patrick Andrus at 8:34 PM No comments: